I am delighted to present a new body of work at Hollis Taggart. "Dimensions," a group exhibition featuring three contemporary artists: Paige Beeber, Emilie Duval, and Rachel MacFarlane. The exhibition features selections of paintings united in their spatial explorations. My work combines exterior and interior spatial elements to create new worlds that embody the future of human consciousness. I explore the duality between the natural and the digital. Informed by research and observation of a wide range of geopolitical, economic, and financial regulations and their existence through algorithms, I translate these forces into metaphoric visions and question how these frameworks infiltrate our everyday lives as public spaces. Life’s a Glitch and Then You Die

Office Space is proud to present a two-person exhibition, both physical and virtual, of complementary video artworks by a pair of feminist, technology-based artists at the Office Space Salt Lake City location. The show features two works, one entitled Industrial Consciousness by Emilie Duval and the other called limbo aesthetics by Kathi Schulz; these pieces question the primacy of a traditional Western aesthetic approach to how both architectural and digital frameworks infiltrate our everyday ontology of public spaces.

Jean Baudrillard states that “The futility of everything that comes to us from the media is the inescapable consequence of the absolute inability of that particular stage to remain silent.

Music, commercial breaks, news flashes, adverts, news broadcasts, movies, presenters—there is no alternative but to fill the screen; otherwise there would be an irremediable void.... That’s why the slightest technical hitch, the slightest slip on the part of the presenter becomes so exciting, for it reveals the depth of the emptiness squinting out at us through this little window.” Duval and Schulz reexamine within their respective pieces how hybrids of digital and analog media become a forced intervention into an ever-growing chasm into our increasingly emptied worlds; thus the artists’ introduction of glitches into their own systems become a reminder of our own humanity as the concept of imperfection within a matrix-like system that demands regularity and conformity within our post-Fordist economy.

Duval’s video becomes a dialogue between her painting studio practice which involves digital ruination within broken architectural forms often incorporating structures from Greek temples to office buildings and her video praxis that animates surreal machines of the retrofuture into quivering planes and vectors of mathematical forms. The viewers experience in the excerpts of the artist’s videos the digital flickering of positional coordinates within parenthesis or the rubber band abstract forms which swing back and forth to distort the machines over the picture plane. The evocation of the fantastical machine in the vocabulary of her ever-shifting archive of industrial forms reminds one of Duchamp’s variants on his chocolate grinder. This new body of works explores the duality between the biological and the digital state. The forest landscapes are merging with a computerized scenery that deploys a digital grid in an alternate world where the simulation intermixes with reality. 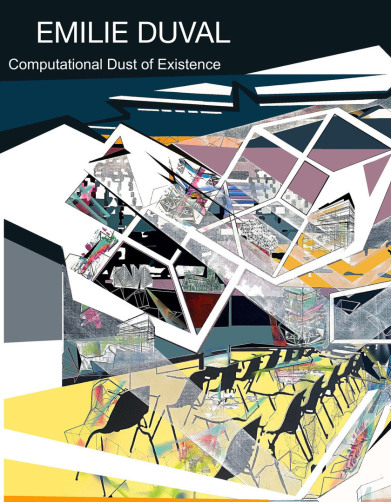 The Order of the Simulation

The series explores the concept of heterotopias as developed by the French philosopher Michel Foucault. Heterotopias describe spaces that are “other,” which is to say parallel spaces within the society are contradictory, transforming, incompatible, or illusionary. They are worlds that mirror the real world while at the same time upsetting them. Duval inserts the concept of heterotopias into representations of digital spaces through her works of art. 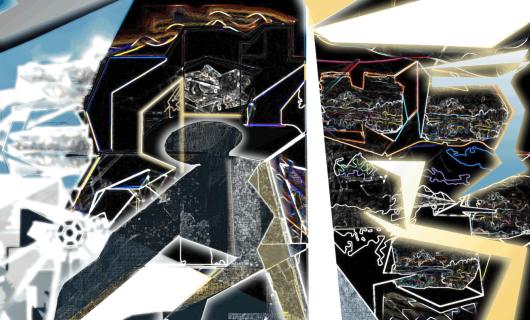 The digital entities of my artworks are on the platform OpenSea.

Each NFT is a one-of-a-kind artwork and is the digital entity of one of my paintings. 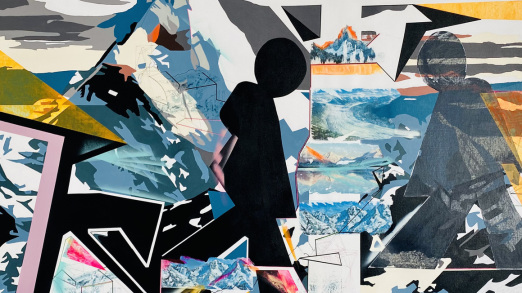 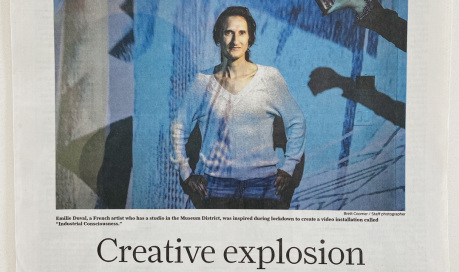 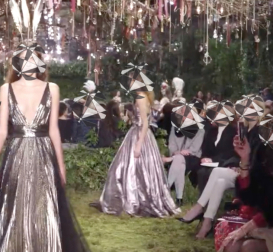